West Ham had a good season last year under Allardyce and played some good football, with a good season under their belt they’ll hope to kick on this year under a new manager before they move homes to the Olympic Park.

West Ham had a stunning first part of the season and had only lost 3 games by 8th November also had claimed some impressive scalps along the way. Losses to Manchester United, Tottenham and Southampton were nothing to be ashamed of either this run was huge for the London club. They were in the top 4 courtesy of this good form and a high profile 2-1 win over Manchester City on 25th October had rubber-stamped their credentials. They had also beaten Liverpool 3-1 in September they were showing that they were not a club to be taken lightly this astonishing form continued after November as they would only lose 3 more games before the turn of the year they cam in the form of narrow losses to Chelsea, Arsenal and Everton they finished 2014 in 6th place still impressive for the London club that had surpassed many clubs with both a bigger budget and better squad. 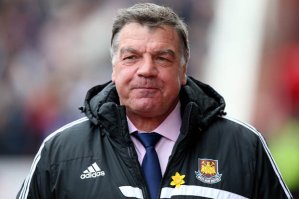 The second half would not be so successful for West Ham between the 31st January until the 25th April the club would only win 1 game as they beat Sunderland 1-0. This amazing fall from grace saw them in 10th place no mean feat for the club as they failed to find the astonishing form which had won them many fans before New Year’s Day. They were still playing attractive, free flowing football but the results were proving hard to come by. They finished the season with 3 straight losses and finished in 12th place. A respectable position but you can’t help but feel had they kept up the pace and not gone off the boil then Europe was a very real possibility. This season could be an important 1 for the club.

West Ham have been a club that had rarely looked like it will win games but now they are looking the business. They have played some good games and built a squad around some key players such as the enigmatic captain Kevin Nolan who has been hugely prominent in English football over the last decade it is strange that he has few England caps to his name. Mark Noble is another really big part of the West Ham puzzle and his form at 1 point put him in contention for England. Noble is a truly important player his partnership with Nolan is a real contrast of light and shade which made them so effective for large parts of last season.

Although Sakho was scoring a lot of the goals Enner Valencia had a good season for the Hammers he himself netting 5 times. His ability to do things he has no right to do make him a standout player he has this outrageous audacity to attempt things that players should not attempt. Valencia has the ability to turn games on their head I have a feeling the striker will be a huge part of this season. He has a team around him that know how to provide the Ecuadorian with quality ball with which he can dazzle opponents and fans alike. 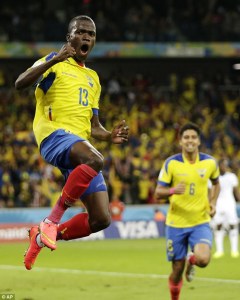 Transfer business a strength for former boss Allardyce, Bilic has made a total of 6 signings whilst 8 players head for pastures new. He has brought in some rathe interesting players as well as bringing in Arsenal defender Jenkinson on loan. Ogbonna from Champions League finalists Juventus is a huge coup. He is a no nonsense centre back, his aerial ability is good and makes him a real handful at the set piece. Ogbonna could be key part of West Ham’s season. Dimitri Payet is a good signing he offers an attacking outlet to compliment the forwards such as Sakho and Valencia he will be a real threat if defenders allow him the space to exploit them with his pace and vicious power.

Ogbonna poses after completing his signing for West Ham.

Veteran Carlton Cole goes he was just not providing enough to the squad although the former England striker could be a valuable asset to a Championship side. Downing the biggest transfer for West Ham this summer as he heads back to the north east to join Middlesborough an interesting transfer for both clubs he will be missed in London.

Some interesting signings and a rediscovery of that early season form could see them produce a stellar season it remains to be seen how much of that was down to manager Allardyce but we will see soon enough.