So England have won the Grand Slam, an excellent achievement for Eddie Jones’ side winning the championship at the first time of asking. So which players impressed during the course of the tournament.

Really powerful in the scrummage, made life hard for all opposition tightheads he faced. He is one of the reasons the Welsh scrum was so good, Gethin Jenkins is not missed.

The English captain has led excellently, awesome in the tight making England’s set piece impenetrable. Always happy to take on the ball himself, a real leader.

The adopted South African has become a hero for Scotland, a scrummaging powerhouse and a rock in defence.

Nel in action for Edinburgh against Ulster in this year’s Pro12.

A star has most certainly been born. Athletic, quick, strong the Saracens second row will be an England star for years to come.

The young Scot is on of the reasons for the rejuvenated Scotland side that have impressed over the course of the Six Nations. 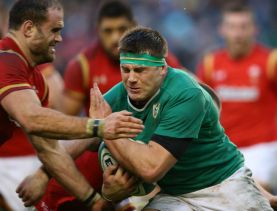 CJ Stander on one of his trademark carries.

The Munster flanker’s carrying has been one of the best things about Ireland’s ultimately disappointing campaign.

He has proved himself after the World Cup where the back row came in for criticism but it looks as though Jones is forging a back row capable of competing with the best in the world.

Undoubtedly the best eight, possibly the best player in the championship. Powerful and abrasive for England. So hard to stop.

Kicked well for his team and led from the front. Laidlaw had his critics but he has been a key cog in the Scotland team.

The fly-half has been absolutely sublime this championship, his attack has been wonderful and he has become one of the leaders in the Welsh team. Bigger is also now among the best fly-halves in the world.

Called slow on many occasions by his critics but has been one of England’s strong wingers over the course of the championship.

The Harlequins centre has been hugely influential for his side over the course of the championship. His power has played a huge part in Wales’ fairly successful last four years.

Campagnaro on the charge for Exeter.

The centre is up there on the defenders beaten chart and metres made charts. His upper body strength is something to marvel at.

He is bang back in form. Need I say more.

The best attacking fullback in the northern hemisphere, his pace is unbelievable and he has one hand firmly on the Lions 15 jersey. 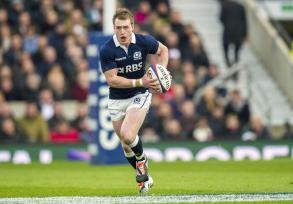 Stuart Hogg in action for Scotland.