Novak Djokovic is the best player in the world right now, undoubtedly. Since his victory in Paris though the Serb has endured a slump.

His loss in the first week of Wimbledon to Sam Querrey then losing in the round of 64 in Rio de Janeiro to Juan Martin Del Potro looked to possibly turn sour what had been a wonderful year for the world number one.

His victory over France’s Jo-Wilfred Tsonga takes him into a semi-final meeting with Gael Monfils later this week. 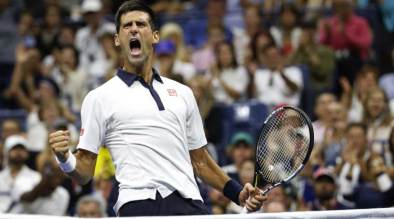 Djokovic is by no means guaranteed to win that match as Wimbledon at the Olympic Games proved he is not the invincible player we thought we witnessed at Roland Garros as he took apart Andy Murray with ease.

Djokovic will hope to not fade like the Spaniard as he pushes for his 13th Grand Slam title at Flushing Meadows.

His emphatic quarter-final win shows us just how good he can be, form is temporary, class is permanent. And Djokovic has proved just how classy he can be.