England have their new manager and luckily have their first win courtesy of Adam Lallana’s first international goal.

The problem is the new England regime already shows signs of weakness and this mindset prohibiting progress, accepting failure and once again underperforming.

Prior to kick off against Slovakia, new England manager Sam Allardyce was all too happy to point out he would be happy with a draw. What sort of message is that? Happy with a draw? England should be beating Slovakia, and a draw was the same shameful result we achieved in France in England’s final group game. 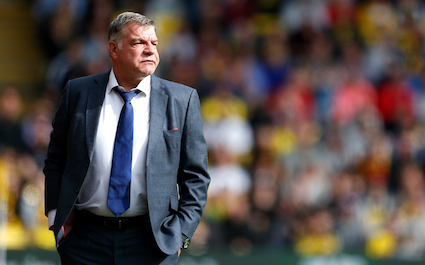 England are kidding themselves if they think this new regime is progressive, Slovakia have a few good players but most of that squad wouldn’t even challenge for a place in the under-21’s squad.

This mindset that second best is good enough, the we’ll take a point mantra, the idea that we can defend our way to qualifying for the 2018 World Cup.

Roy Hodgson was a poor manager but Sam Allardyce so far is no better, I see no progress or difference, the same old problems and failings are present.

The squad is practically the same, the same prima donnas that let down the nation and disassociated the public with the team.There is no connection there, the fans no longer feel they can relate to the team.

Another telling failure of the new regime is the men in suits at the FA have decided that winning the farcical 2022 World Cup is out the window. But nobody questioned why.

That tournament is six years away, and with a country like ours with the money we have available, the facilities we have and the playing pool we have to select from we should be planning to be making the semi-finals of any major tournament but now somehow we have ruled out winning a World Cup we have six years to build for.

The whole system is a joke and before this regressive, negative mindset changes we will forever be the the underperforming laughing stocks of international football.