Today Eddie Jones named his squad for the Six Nations and his first squad since he took over following the departure of Lancaster.

Eddie Jones was only permitted to make a small amount of changes to the squad that crashed out of the World Cup after three lacklustre, boring, stodgy performances that left England fans questioning who picks the team?

Eddie Jones’ changes include seven uncapped names Paul Hill, Sam Hill, Ollie Devoto, Maro Itoje, Elliot Daly, Josh Beaumont and Jack Clifford. All young vibrant players but you could certainly question the inclusion of Devoto and Sam Hill, both these players however it is important to note are covering for Tuilagi and Slade both of whom would have been included had they been available or fully fit (in Tuilagi’s case). 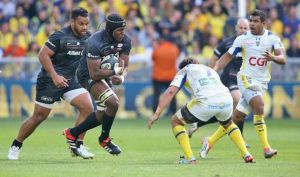 I question why Jones includes a centre that doesn’t even start for his club. Devoto is often left to ponder the wonders of the universe sat on the bench whilst Jonathan Joseph (included in the squad) and Kyle Eastmond start for Bath Rugby. Surely Kyle Eastmond is a better fit, he has at times this season shown the form of last season, his blistering pace and agile feet make him almost impossible to deal with.

Sam Hill, a strong ball carrier possibly so the loss of Tuilagi won’t be felt too hard by England. His kicking game is also something to admire but with the kicking ability of Ford, Farrell, Daly and Goode already in the squad it begs the question what does Sam Hill have to offer? One player I think does merit a go in the England squad is Australian born Ben Jacobs from Wasps. 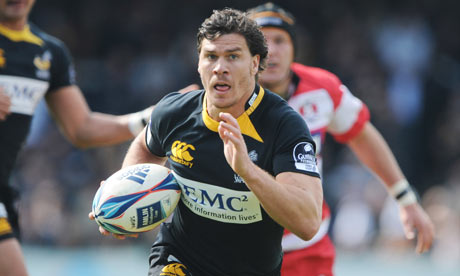 Ben Jacobs in action against Gloucester.

The Wasps centre now qualifies on residency and the centre has been playing well, his crash ball running lines and defensive capabilities have complimented Daly well in the midfield for Wasps this year, he would surely add more to the squad than Sam Hill.

The reintroduction of Chris Ashton is a great move, the Saracens wing is scoring for fun in north London and he is certainly a player that is wonderful to watch. Ashton will be hugely influential in this England team and let’s hope he can rediscover that scoring touch in the white of England.

Another winger back in the squad after some time out is Harlequins flyer Yarde. He is fast and powerful, but look at the other options available, Rokoduguni is in fine form for Bath, Lewington is flying for London Irish and Matt Banahan looks like the man he was a few years ago.

Yarde is no better than those three wingers neither is Nowell, Jack Nowell is slow, he doesn’t possess the pace to be an international winger. His talent stretches to being a high level club player but no more than that. He offers nothing to the squad that suggest flair or finishing ability. 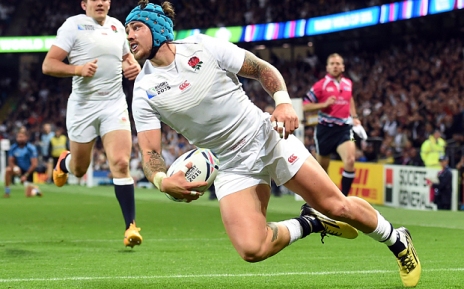 The inclusion of Chris Robshaw is possibly the selection that causes the most confusion in my head. I don’t understand how following not only a poor display as an openside, but a shambolic display as a captain can Chris Robshaw remain in the side.

To me he represents all that was wrong with the previous England regime. His inclusion undermines this supposed overhaul we are experiencing.

My final talking point involving the squad is around the much discussed inclusion or exclusion of Danny Cipriani. Eddie Jones opted to leave the Sale playmaker out of the squad, good move or poor decision?

Eddie Jones only selected two fly-halves and looking at the make-up of his squad it is hard to see who he could have dropped to include Cipriani. And to drop either the mercurial George Ford or fiery Owen Farrell would have been a travesty.

Hopefully in the summer on the tour to Australia Eddie Jones will have room for the fly-half but for now he’s best developing his game further and continuing to press the golden boys (Ford and Farrell) of English rugby. 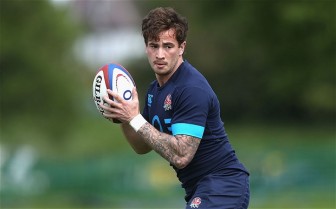 Danny Cipriani was unfortunate to not make the cut.

A squad that England can be proud of and hopefully one that can do the nation justice in the upcoming Six Nations. 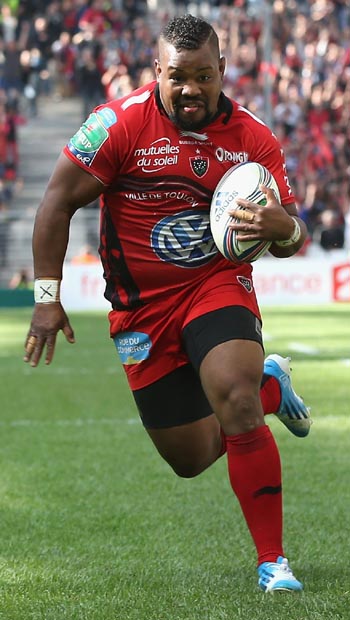 The three best opensides in world rugby right now, David Pocock, François Louw and Richie McCaw, all three of which ply their trade in the Super 15. They are what us here in England would class as a ‘classic’ 7 or ‘southern hemisphere’ openside.

We have a ready made man to join the three best in the world that man is the Toulon flanker, Stefan Armitage who has been one of the rouge et noir’s star players over the past few seasons as they have become European powerhouses. Unfortunately England continue not to pick the flanker due to England’s selection policy of only picking players based in England.

You only have to look at the Premiership though to see that we need a southern hemisphere style 7. The top 4 teams at the moment all have a player in that mould, Calum Clark at Saints, Burger for Saracens, Louw at Bath and Julian Salvi at Leicester, while current England captain and opened Chris Robshaw’s Harlequins languish in 8th. At Harlequins they have another option much like Armitage, Luke Wallace who in November made the breakdown a living hell like Michael Hooper and David Pocock can for opposition.

It may be time for Chris Robshaw to move on, the man has had his day, and yes his commitment to the cause in unquestionable, as a leader, captain and role model he is second to none but as a 7?

The World Cup is just around the corner and Lancaster would be foolish not to select the Harlequins flanker as his captain for this World Cup or would he? With 2 of the finest opensides in the world David Pocock and Sam Warburton lying in wait in the group stage it could be tough for Captain Chris. Pocock is not alone as a great Australian 7 they also have Michael Hooper who has been Australia’s choice as of late due to Pocock’s injury nightmare.

It is high time Lancaster used the ‘exceptional circumstances’ clause on selection policy and brought Steffon Armitage into the World Cup squad, he doesn’t have to start the Toulon flanker but if Robshaw is having rings run round him by Pocock or Warburton they will need an alternative and that alternative should be the Toulon openside.

Well Lancaster it’s up to you but England are going to need to adapt and bring in an ‘old school’ 7 at some point whether it’s now or after the World Cup is a question only Lancaster can answer.