Scotland are a much changed outfit to the one that used to try and avoid the wooden spoon and that is mainly down to the influence of new head coach and former Clermont Auvergne guru Vern Cotter.

The autumn was another tough one for Scotland once again losing narrowly to Australia, much like the World Cup fiasco and to lose by one point against a team that ran riot against Wales was not a bad effort.

They followed this with a three point victory over Argentina and then they ran riot against Georgia clinching a 43-16 win in their final autumn test. Not a bad November for Scotland.

The pack is strong and does the basics extraordinarily well, the scrum for Scotland is a very positive area and that was shown against Argentina in a formidable performance.

Scotland could mount a serious challenge this year and look the most in form northern hemisphere team bar England and Ireland who are a cut above this season.

Jonny Gray is becoming an all singing, all dancing lock and he is real leader for Scotland on the field. Also a top line out option and providing some ballast at the scrum. 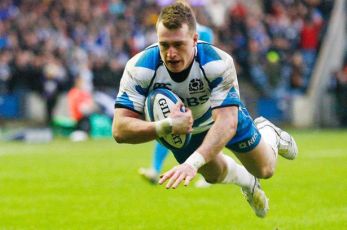 In the backs there is the sensational fullback, Stuart Hogg, a counter attacking nightmare, he tears defences open with his fast feet and agile reflexes. His kicking game is also just one more trick to terrorise the opposition’s backfield cover players.

Scotland have the luxury of three home games this year, they come against Italy, Ireland and Wales. Two of those games should be Scotland’s for the taking. Italy and Wales won’t hold much fear for Scotland. Away trips to Paris and London will always be tough.

Cotter knows how good his team is and the fact they have three home games will breed confidence in the camp. If they play like they know they can that tie against Ireland and the trip to London could be interesting propositions.