Dan Carter earlier this week is rumoured to be looking for a way out of Parisian club, Racing 92 after only joining the club after winning the World Cup for a second time in October.

Dan Carter is willing to move to any non-French club that can afford to buy Carter out of his lucrative deal that made him the best paid player in rugby.

The big question is who can afford him? And on top of that why does Carter want to leave a club that he is playing so well at alongside former All Black team mate Joe Rococoko?

A number of clubs look to be able to afford Carter, in England Bath, Wasps, Saracens are among a number of super rich clubs that could buy out the New Zealander’s contract. With the new rules coming into play as well could help pave the way for an English club to make an audacious sweep for the fly-half.

A return home for the fly-half seems unlikely, the past few years have seen a mass exodus from Super Rugby as southern hemisphere stars have sought out a big money move to France or England. 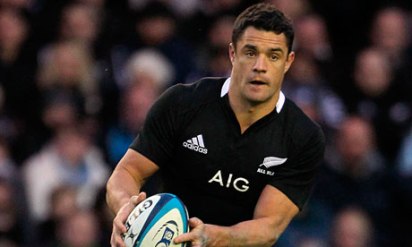 Is Dan Carter unhappy in France?

It’s a tough one, we don’t actually know how much money his former club the Crusaders have to spend and with Todd Blackadder leaving at the end of the season will the new coach want Dan Carter back in Christchurch?

I think Carter if the rumour is true I must add would probably favour a move back home rather than plying his trade this side of the channel. Then again a couple of seasons in England would be hugely beneficial to not only his back account but his CV if the fly-half does want to move into coaching.

I’m sure we will soon either hear that Carter is on the move or that the rumour was untrue the next few days should tell us more.