Sunderland a season that saw them head for relegation before a sterling fightback under Advocaat saw them find a way to stay in England’s top flight. Sunderland live to fight another day.

Sunderland had a fairly average start to the season although they failed to secure a win until 4th October, they only lost 1 match and that was a 1-0 defeat away at QPR. They had managed wonderful draws against both Manchester United and Tottenham setting them up rather nicely. The 3-1 win over Stoke was unfortunately not a sign of things to come for Poyet and the Black Cats as 14 days later they would suffer a 8-0 humbling at the hands of Southampton. This would be a should destroying result for any side they returned home the week after only to once again fail to score as Arsenal won 2-0. Sunderland did manage 2 more wins before Christmas defeating Crystal Palace 3-1 in early November, and a crucial win over Tyneside rivals Newcastle just before Christmas. They finished the year in 14th place and relatively safe but with only 3 wins under their belts.

Ecstasy for Sunderland as they beat Newcastle.

After Christmas Poyet could only manage 1 more win before he was sacked mid-March and that was only a routine victory over strugglers Burnley. Prior to this rare win they had lost 3 games in a row and were looking in bad shape. Following the win over Burnley Poyet only survived a further 6 games. The final nail in the former Brighton bosses coffin was Aston Villa defeating Sunderland 4-0 at the Stadium of Light leading to Poyet’s departure 2 days later. Sunderland were now languishing in 17th place just above the drop zone. Dick Advocaat took over and would only lose 3 times with Sunderland before the season was over. In just his 2nd game in charge Sunderland once again defeated Newcastle to do the double over their local rivals which has become something of a regular occurrence.

Sunderland would see May as the month they recovered as they won their 1st two games exacting revenge over Southampton with a 2-1 win and also beating Everton before 2 draws against Arsenal and Leicester before a loss to Chelsea on the final day. It was not perfect but Sunderland had done what they set out to do and Advocaat had taken Sunderland to 16th place and they were safe for at least one more season. Sunderland are going to need one hell of a change in fortune and gameplan if they want to get higher than they did last season.

Connor Wickham was by far their best player last year and it is hard to see where the goals will come from now he has joined Crystal Palace for an extortionate £9 million. Jack Rodwell is a promising midfielder his time at Manchester City stunted his career after limited success at Everton but it seems the 24 year old is trying to now rebuild his career in the north east and he is a very good player, his passing game is an asset to any time he sees space and has the talent to exploit it. His work rate is impeccable and with players like M’Vila and Cattermole around him they form a very hard working midfield. Jack Rodwell is sure to be in Advocaat’s plans leading into this season. This could be a huge season for the 3 cap England midfielder.

Jack Rodwell is all smiles after scoring his first goal for Sunderland against Manchester United.

Sunderland have gone on a recruitment drive as well as securing M’Vila on loan from Rubin Kazan they have closed the deal on 4 new players whilst losing 3. Former Tottenham man Younés Kaboul is a big signing he not only brings Premier League experience but a defensive game that was something that was greatly lacking in Sunderland’s armoury last season. They have also brought in Coates from Premier League rivals Liverpool another worthy addition to the side. Sunderland’s recruitment doesn’t see any big names but the new faces are more necessity than luxury. 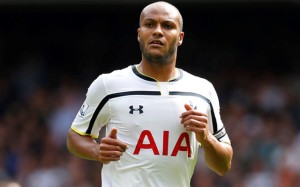 Departures are fairly insignificant bar Wickham who leaves after 2 big seasons. It seems the striker got bored of the Sunderland circus and heads off to London. His goals will be missed. As will his searing pace and creativity a rare bright spark in the black clouds that gathered over the Stadium of Light last season.

Sunderland have recruited well and Dick Advocaat is a very clever manager he will have a trick or 2 up his sleeve but in my eyes survival is highly unlikely.