England’s training camp earlier this week in Brighton has given Eddie Jones some serious selection headaches.

The England winger suffered a broken jaw in Brighton.

Add to this list the fact Owen Farrell, Dylan Hartley and Ben Te’o have not proved their fitness, Farrell and Hartley are yet to play this season.

Long term injuries to Manu Tuilagi and James Haskell must also be a worry for Eddie Jones.

England have now lost both first choice wingers from the tour to Australia in the shape of Nowell and Watson, discussion turns to replacements, Only two other names were named in the 45-man August squad (Semesa Rokoduguni and Jonny May).

Rokoduguni has to play, he has been sensational for Bath again this season, his raw power and undoubted pace make him a real threat which Todd Blackadder seems to be getting the best out of.

Jonny May, not exactly setting the world alight at Gloucester this season, and although he is frighteningly quick, he can tend to run away from support and get isolated. He also is not the best at creating space something Watson especially is a genius at.

One man that has been in impressive scoring form is Wasps’ Christian Wade. Wade is undeniably quick and he beats defenders at will, his defence though, satisfactory at best. My concern is if he has to face up to a South African running at him would he make the tackle? Maybe.

That once again may force Jones to look at Marland Yarde, quick and powerful, he seemed to do a good job against Australia in the first test.

Itoje could end up in the back row.

The back row is another conundrum, following Jones’ injury and the lengthy lay-off for Man of the Series James Haskell it may force Jones to experiment.

Maro Itoje could be a key part of this, his athletic ability means he could well be moved the back row, and take up the blindside role. This would also allow Jones to bring in Courtney Lawes or Joe Launchbury to partner George Kruis.

Wasps played some good rugby at times last season. The Coventry based club have been through a lot including moving home from Adams Park in Wycombe to Coventry.

They have some seriously impressive backs such as Christian Wade whose speed is just incredible, the young centre Elliott Daly is also a massively talented player. Dan Robson has become an exceptional scrum-half and even overtaken Joe Simpson in the Wasps pecking order. 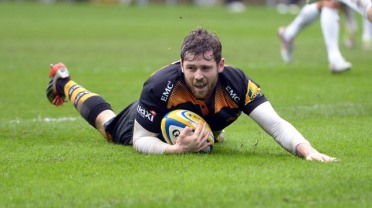 Daly dives over for a try.

Wasps eagerness to play expansive rugby is admirable and the way they use their playmaker to open space is remarkable. The wide spaces are there to attack and Wasps do this perfectly using the power of Halai and the pace of Wade.

The balanced midfield last term was perfect however the recruitment of Kyle Eastmond and Kurtley Beale suggests a move away from a 12 in the mould of the now retired Ben Jacobs or international Siale Piutau.

Hughes is a key man for Wasps at the line-out and open play. The number eight can make metres for the Wasps using his frightening turn of pace. His ability to change a game make him invaluable.

His incredible form has seen him called up to the England squad after qualifying on residency in July although Eddie Jones sees the giant Wasp as more of a flanker than a number eight.

The Springbok star joins Wasps on a short term deal and as currently one of the best counter attacking fullbacks on the planet along with Israel Dagg, Israel Folau and Stuart Hogg. He has electric feet and blistering pace. 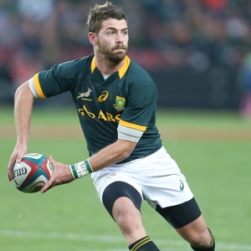 le Roux also has quality in the air with a great ability at diffusing a situation using his powerful legs to control the skies.

The winger is absolute pace and his speed has seen him on the peripheries of England on more than one occasion. He can beat defenders one on one no problem and his appetite for scoring tries is insatiable.

Defending remains a concern but make no mistake Wade is still brilliantly exciting as ever and he remains a constant threat.

Two signings from the southern hemisphere stand out in the shape of le Roux and Beale adding real star quality. Danny Cipriani is also an impressive coup for the club. In the pack England hooker Taylor and Ireland prop Moore should bring some stability to the scrum and Symons is brilliant in the air. Furthermore captures of de Luca and Eastmond add depth to an already frightening backline. 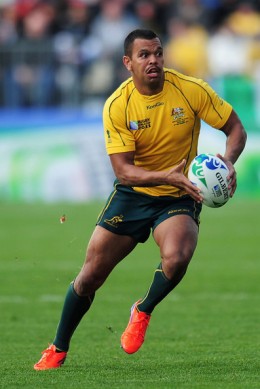 The departures of George Smith and Piutau will hurt as they were by far their best players last season. Davies will also be a loss and it is sad to see Masi, Jacobs and Downey into retirement. The losses of fly-half duo Jackson and Lozowski could hurt Wasps.

Wasps will be deadly in attack but defence could prove to be a problem.